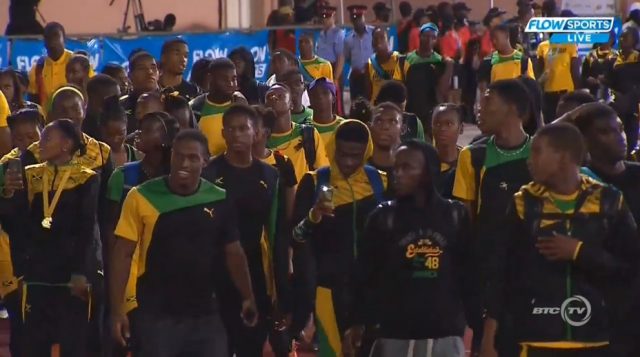 Jamaica has dominated the 2016 CARIFTA Games winning a total of 86 medals over three days in St. George’s, Grenada — March 26-28. The CARIFTA Games is an annual athletics competition founded by the Caribbean Free Trade Association (CARIFTA).

The 2016 CARIFTA Games was staged at the newly built National Athletic Stadium, which recently received Class 1 Certification from the International Association of Athletics Federations (IAAF), the world athletics governing body.

This is Grenada’s second hosting of the CARIFTA Games, having hosted the 29th Games in 2000.