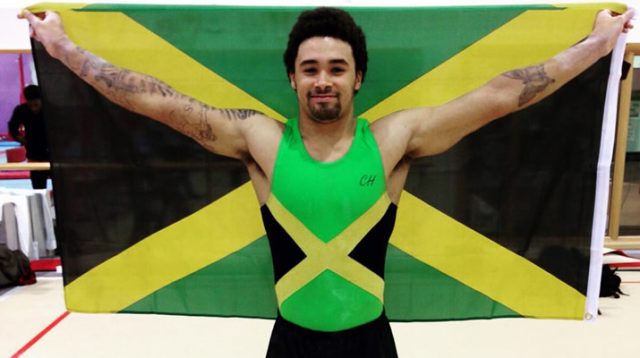 Gymnast Reiss Beckford is aiming to make history by becoming the first ever Jamaican gymnast to compete in the Olympics.

Reiss, who recently represented Jamaica at the World Artistic Gymnastics Championships in Glasgow, paid a courtesy visit to the Jamaican High Commission in London on Tuesday, November 24.

The visit was a part of his campaign to garner the support of the Jamaican Diaspora to help him reach his goal of representing Jamaica at the Olympics in Rio, Brazil, in 2016.

During his visit, Reiss updated the Deputy High Commissioner, Deidre Mills, on his preparations and fundraising activities.

Mrs. Mills congratulated Reiss on his progress and wished him well with his Rio 2016 campaign, noting that, “he will be part of yet another significant, historic Jamaican achievement.”

Twenty-three-year-old Reiss, who was born in Britain, took the decision to switch his allegiance to Jamaica January 1, 2015.

He travelled to Trinidad and Tobago to compete for a spot on the Jamaican team and won gold in the individual all-round competition.

He previously enjoyed a successful career with Great Britain winning medals at the 2010 Commonwealth Games, European, World Cups and other major competitions.