Carlos Brathwaite sensationally hit four successive sixes off England’s Ben Stokes in the last over as the West Indies stunned the England cricket team by four wickets to win the World Twenty20 title for the second time at Eden Gardens, India on Sunday.

West Indies won with just two balls to spare having needed 19 off the last over as they became the first team to lift the trophy twice.

Chasing 156 to win, 27-year-old Brathwaite became the first player to hit four sixes off four balls as he made an undefeated 34 off 10 balls after taking 3-23 in the England innings. Marlon Samuels finished on 85 off 66 balls.

The party goes on! @westindies celebrate with their #WT20 trophy! pic.twitter.com/VKnQixhOps

Congrats to the West Indies under-19 World Cup Champions, too. 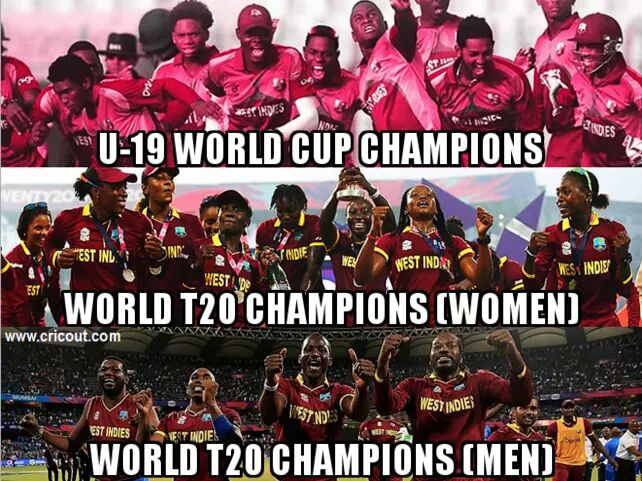