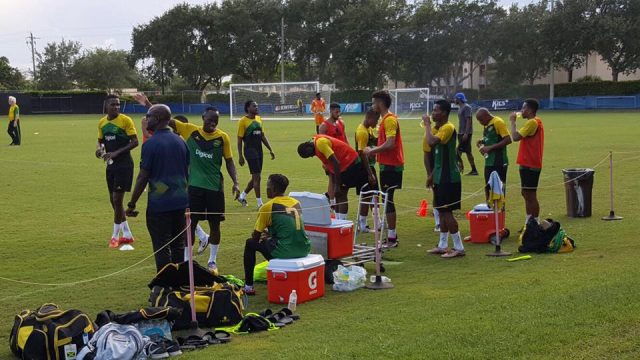 Jamaica’s Reggae Boyz have arrived in Chicago where a training session was scheduled at the nearby Polo Ground, under the guidance of assistant head coach Miguel Coley, ahead of their game against Venezuela.

Another session is set for the same venue Friday evening ahead of Sunday’s match, following a number of mandatory technical meetings earlier in the day.

View: Reggae Boyz Will Play Against These Teams in Copa America 2016

The competition is scheduled to kick off Friday at Levi’s Stadium in Santa Clara, California, between hosts the USA and South America’s Colombia in Group A. Match time is 8:30 pm (Jamaica time).

However, Jamaica will kick off their first match at Soldier Field on Sunday at 4:00 pm against Group C rivals Venezuela, who also arrived in Chicago just ahead of the Boyz.

The Reggae Boyz will carry confidence and their winning form into the 2016 Copa America competition set for June 3 — 26 after defeating the FIFA WORLD ranked No.3 National team, the defending champions of Copa America, Chile 2-1 in May — leaving the country stunned.