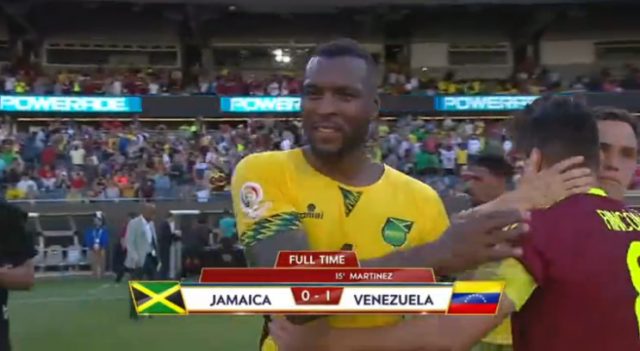 The Reggae Boyz played a frustrating match against their Group C rivals Venezuela on Sunday. The Boyz lost 1-0 to Venezuela in their first match of the 2016 ‎Copa America‬ competition in Chicago.

Team Jamaica lost Rodolph Austin to a controversial red card and subsequently, their coach who was sent off by the referee. The team, who more chances at goal than Venezuela, suffered a terrible lost in the end.