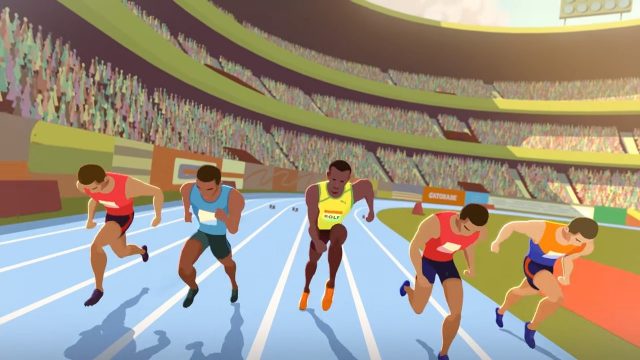 Gatorade has released a trailer for an animated film titled ‘The Boy Who Learned to Fly,’ based on the life of sprint icon Usain Bolt, the fastest man in the world.

Described as ‘The story that almost never happened,’ the film will be available on gatorade.com, on July 19, 2016. Watch The Boy Who Learned to Fly trailer below.

Usain Bolt resumed training last weekend after undergoing treatment for a grade 1 tear hamstring. Bolt hopes to prove his fitness at the London Anniversary Games on July 22. Usain Bolt is aiming to defend the 100m, 200m and 4x100m relay titles he won at the Beijing 2008 and London 2012 Games, with a new world record in the 200m his main aim, which will be an unprecedented ‘triple-triple’.

A film crew has been following Bolt since last year and has been chronicling his preparation for the Rio 2016 Olympic Games — through to his retirement — to produce a feature-length documentary.