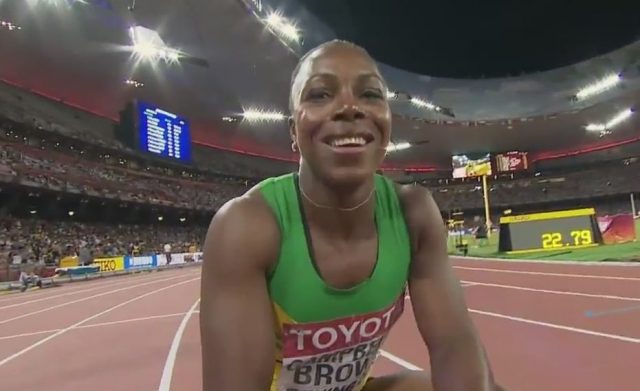 Veronica Campbell-Brown has qualified for her fifth Olympic Games. The Two-time 200m champion (2004 and 2008) was named among Jamaica’s 63-memeber squad to compete at the 2016 Rio Olympics August 5-21.

Shelly-Ann Fraser-Pryce, a two-time 100m Olympic champion, will be gunning for her third consecutive 100m title this Olympics.

The 2016 Olympic track and field program comprises 26 running events, three walking events, 16 field events, the decathlon, and heptathlon. It will be contested over a span of 10 consecutive days, from August 12-21.