I AM A JAMAICAN
Home Sports Deuce Carter Wins 110m Hurdles re-run in 13.51, advances to semis 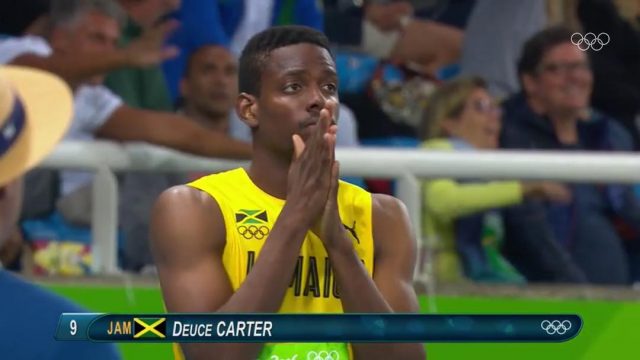 Deuce Carter aced his second chance in the Men’s 110m re-run to qualify for the semi-finals at the Rio Olympics. Watch video of the race below.

Carter sped to the finish line, clocking 13:51 to qualify for the semi-final where he will join Omar McLeod and Andrew Riley on Tuesday.

Carter was the only athlete from the re-run of the men’s 110m hurdles to make the required time. 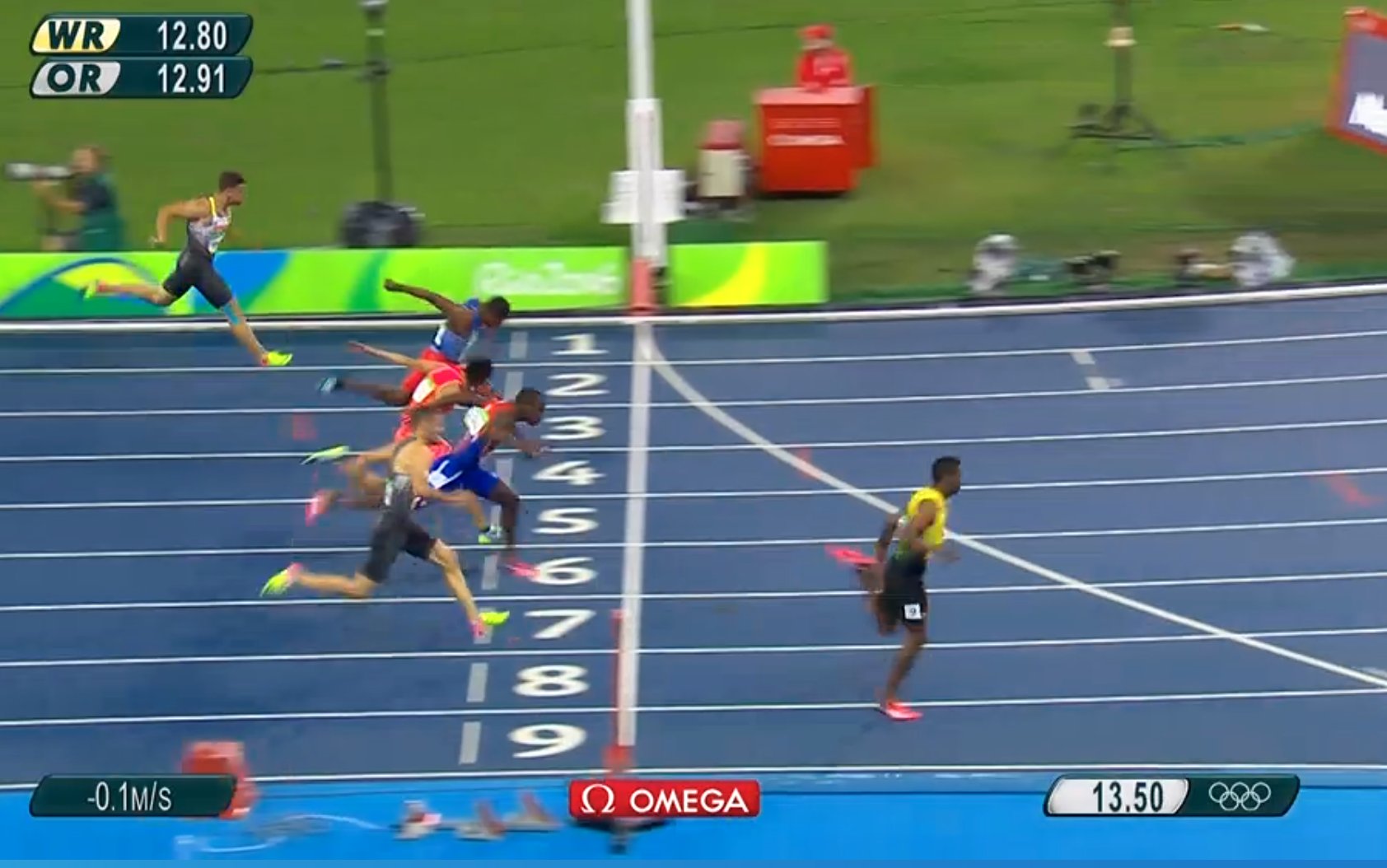 Rainy weather conditions seem to have contributed to compatriot Deuce Carter failed attempt in his first run. Carter started out well in heat but then hits a hurdle, slips and lost control. He finished 7 in his heat of the Men’s 110m Hurdles.