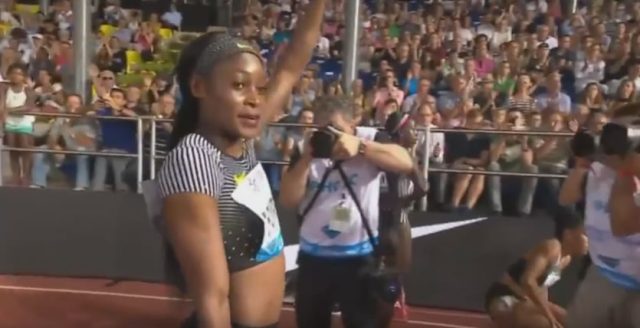 Elaine Thompson won the Women’s 100m dash at the Lausanne Diamond League meet on Thursday, less than a week after she became the 100m and 200m Olympic champion.

After a technical error at the start, Thompson, who became the first woman since American world record holder Florence Griffith-Joyner at the Seoul Games in 1988 to win the sprint double at the Olympics, clocked 10.78 in a re-run of the race beating the USA’s Jenna Prandini (11.11) and Morolake Akinosun (11.16).

Elaine Thompson, the double gold medallist in 100 and 200 in Rio, won the women’s 100 with a slight tailwind — just .07 outside her time in the Rio final and .08 behind her world-leading time this season.

“There was a mix up at the start and we had to do a re-run. To be able to produce 10.78 on the second attempt is great,” said Thompson, adding that she had not changed since her feats in Rio.

“I’m the same person I was before the Olympic Games. The reality of being double Olympic champion has not really sunk in.

“I’m looking forward to going back to Jamaica to celebrate with my people and my family, but I will first run a few more races in Europe.” 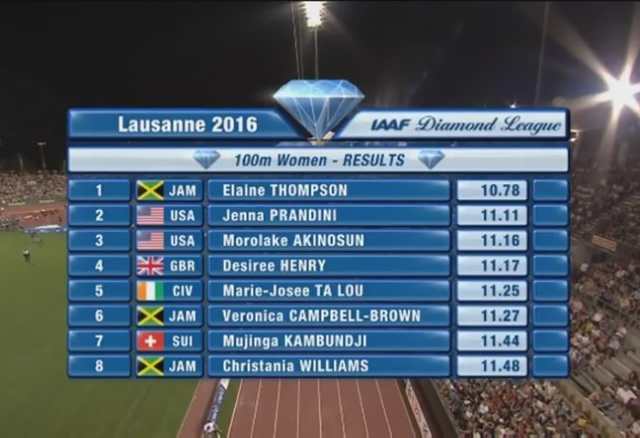