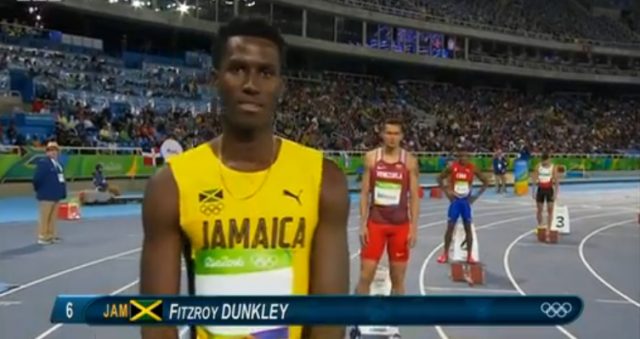 Fitzroy Dunkley finished 4th in Heat 1 of the Men’s 400m on Day 1 of Athletics at the Rio 2016 Olympic Games in Rio de Janeiro, Brazil, on Friday

Dunkley was second in 45.35 behind Javon Francis 44.95 at the Jamaica Olympic Trials/Jamaican Senior Championships held June 30 – July 3 at the National Stadium in Kingston.