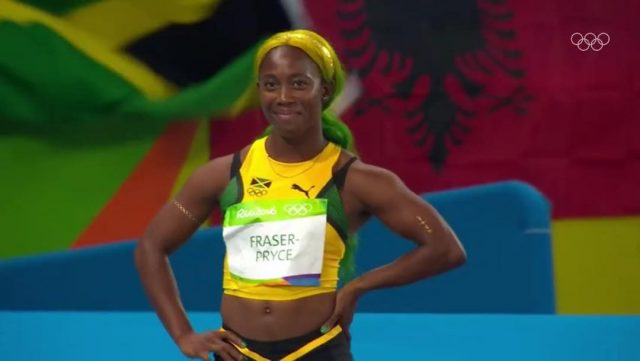 It was Simone Facey to Sashalee Forbes, Veronica Campbell-Brown, to Shelly-Ann Fraser-Pryce. Team Jamaican won ahead of Britain’s 41.93-team, and Ukraine’s 42.49-team, who finished third. Team USA failed to qualify for the FINAL after dropping the baton in Heat 2.

However, after filing an appeal, Team USA has been given another chance to qualify for the Women’s 4x100m Relay final. They will run alone tonight to qualify by time. There will be a re-run for the USA’s women’s 4x100m at 6:00pm Jm Time/ 7:00m ET. A replay of the race revealed that a Brazilian team member accidentally hit the baton out of Allyson Felix’s hand.