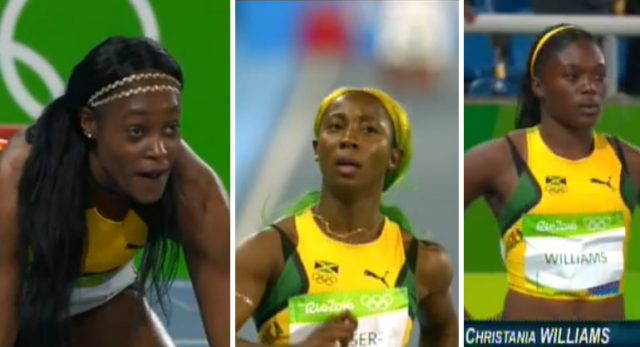 After having a seemingly slow start, Fraser-Pryce, who has battled a toe injury, effortlessly powered through to win in her 100m heat in 10.96 to advance to the semi-finals as the fastest qualifier — showing everyone on Friday evening that she came to make history. Shelly is currently a three-time world champion and two-time Olympic gold medallist.

Joining her in the semi-final round are teammates Christania Williams, who finished second in her heat in a time of 11.27, and Elaine Thompson, who won her heat in 11.21. Thompson, the 10.70 national champion, who is competing at her first Olympics, could steal the title from Fraser-Pryce.