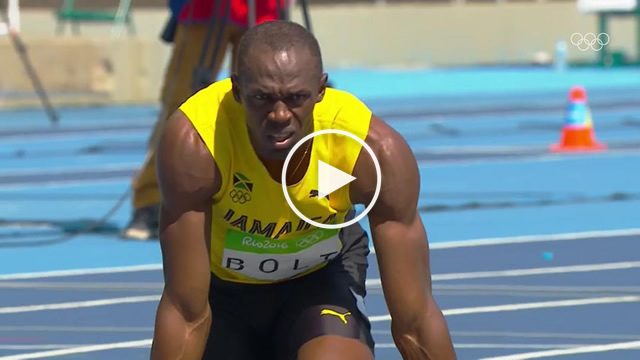 Usain Bolt has his eyes set on breaking his own 200m record at the Rio Olympics. Usain Bolt won Semi-final 2 of the Men’s 200m to qualify for the finals.

The track and field icon won the race easily in 19.78. Canadian Andre De Grasse finished second in 19.80, a new Candian record, to qualify for the final. The starter’s gun in the FINAL fires at 8:30pm JA time/9:30pm ET on Thursday, August 18. Compatriots Yohan Blake and Nickel Ashmeade did not qualify for the finals

Bolt, who won his third consecutive gold medal in the Men’s 100m on Sunday (14 August), vowed to defend his 200m and 4x100m relay titles he won at the Beijing 2008 and London 2012 Games, which will be an unprecedented ‘triple-triple’. He will be joined by 2011 world champion Yohan Blake and Nickel Ashmeade in the 200m event.

“Somebody said I can become immortal,” he said after his 100m win. “Two more medals to go and I can sign off. Immortal. It’s a good start. There will always be doubters, but I’m in better shape than last season.”