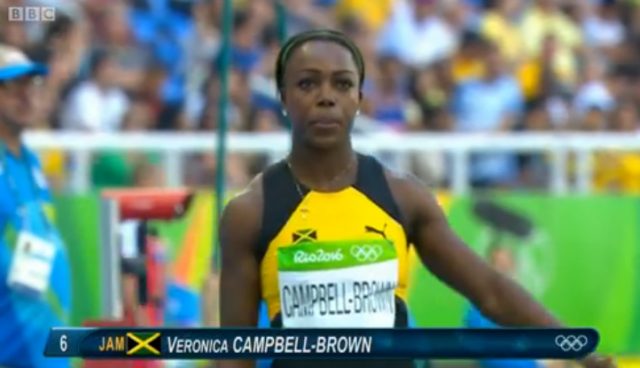 Veronica Campbell-Brown missed out on the Women’s 200m semi-final at Rio Olympics, her fifth Olympic Games.

Campbell-Brown inadvertently ran from her lane 6 to lane 7 and finished third in 22.97. She will not progress to the semi-final as she needed to run 22.94 to qualify as one of the fastest losers.