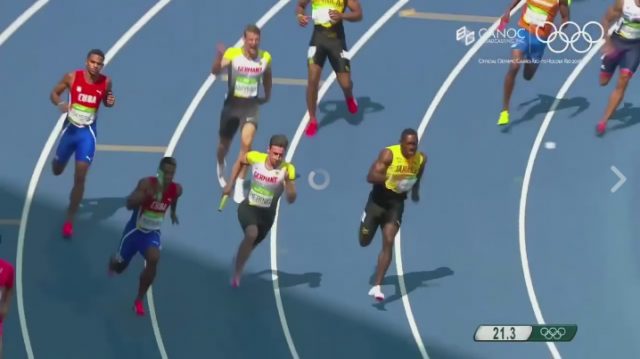 Jamaica’s Men’s 4x100m Relay team finished second in their Heat at Rio Olympics in season best at the Rio Olympics.

The team clocked 37.94 finishing second behind Japan’s 37.68. It was Jevaughn MINZIE to Asafa POWELL, Nickel Ashmeade to Kemar BAILEY-COLE. The Men’s 4 x 100m Final fires off at 8:30 JM time /9:30pm ET on Friday, August 19. The line-up will include Yohan Blake, Asafa Powell, Nickel Ashmeade, and the sprint icon Usain Bolt.