I AM A JAMAICAN
Home Sports Yohan Blake 2nd in Heat 2: Men’s 200m at Rio Olympics 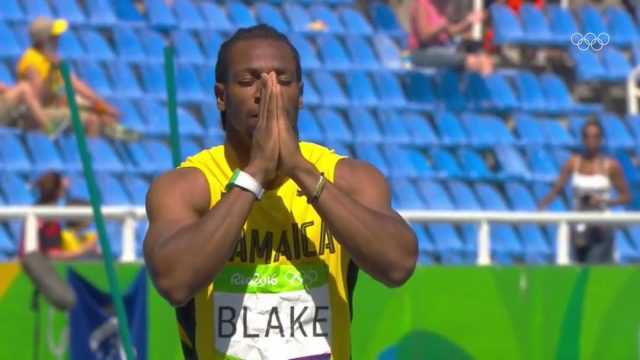 Yohan Blake finished second Heat 2 of the Men’s 200m and will advance to the semi-finals on Wednesday at the Rio Olympics.

Blake finished the heat in 20.13 after being overtaken by Bruno Hortelano of Spain 20.12, a national record for him. The Men’s 200m semi-finals are scheduled to begin on Wednesday at 8pm Ja time/9pm ET.