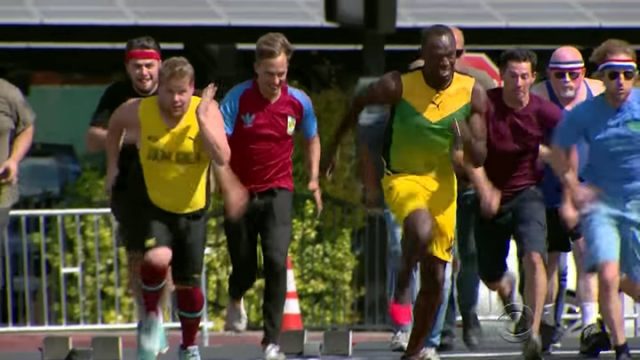 Usain Bolt was challenged by American TV host James Corden, American actor Owen Wilson and The Late Late Show staff to a 100-meter race on Tuesday in the CBS Television City parking lot to find out who is truly the world’s fastest man.

One Jamaican vs 25 Americans in one race: the race went exactly as you’d expect.

On Tuesday, Bolt stopped by American Ellen DeGeneres TV Show to share his experience of his last Olympics and marriage. Usain Bolt has been engaging in a series of television interviews and appearances since making history at Rio Olympics, or should we say shortly after his luxurious Bora Bora vacation with girlfriend Kasi Bennet.