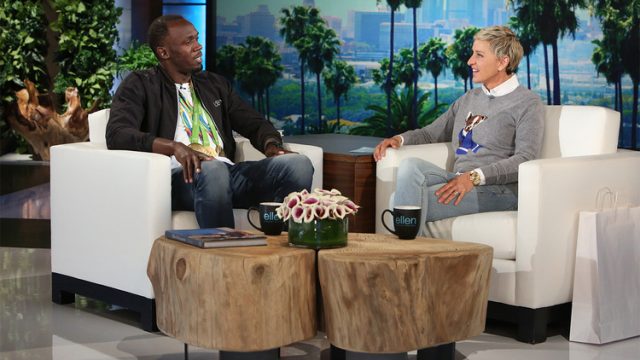 Usain Bolt has been engaging in a series of television interviews and appearances since making history at Rio Olympics, or should we say shortly after his luxurious Bora Bora vacation with Kasi Bennet, but will he be putting a ring on it anytime soon?

The 9-time Olympic gold medalist sat down with American Tv show host Ellen DeGeneres Tuesday to share his experience of his last Olympics and marriage.

Bolt has said the 2016 Olympic Games will be his last Olympics, but the legend is expected to compete at next year’s World Championships in London.