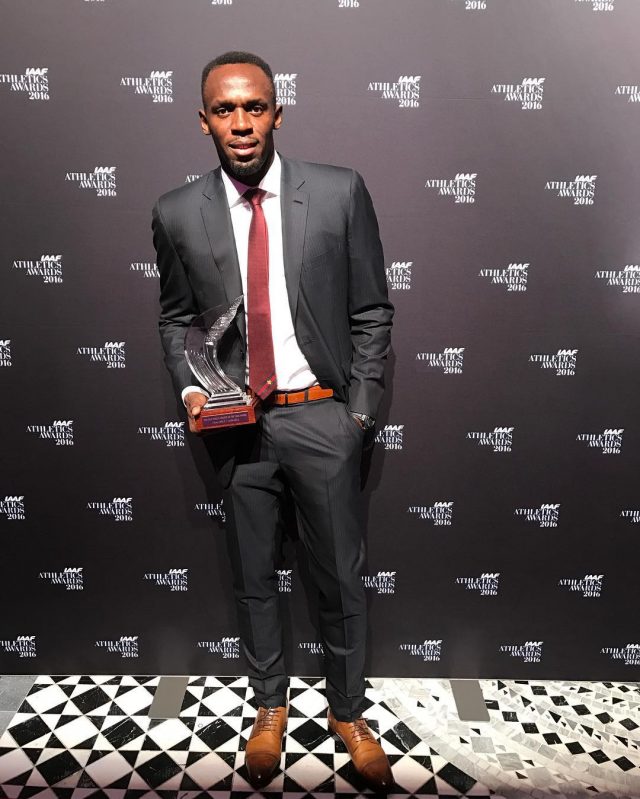 Bolt was asked on stage what he would miss most and his plans after hanging his golden spikes.

“We all know, it’s the training and I just want to point out that we have been talking about it with Wayne. I want to play a role in helping track and field and continue doing much charity works. 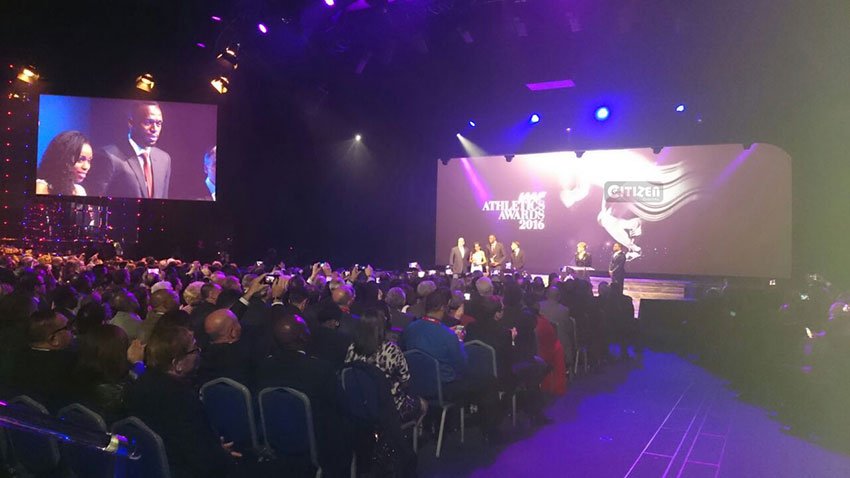 “I have a great face for TV and I look good in a suit and I think I can be a great movie star, I’m not the James Bond type of guy but yeah,” the Jamaican superstar was decked out in a dark suit and red tie said as he accepted his award much to laughter and applause.

Shortly after receiving his award and returning to his seat, Bolt tweeted:

Thank you all!!!! Honoured to be your @iaaforg Athlete Of The Year #Blessed #Humbled