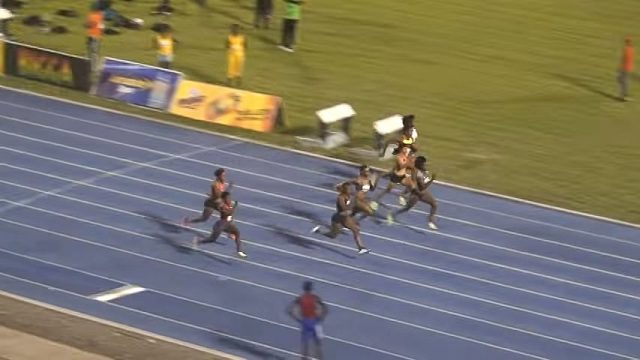 Double Olympic champion Elaine Thompson opened her 2017 season with an impressive personal best in women’s 60 metres at the 16th staging of the Queens/Grace Jackson Invitational Meet at the National Stadium in Kingston yesterday.

The 24-year-old, who opened her 2016 season at this very meet with a 7.17-second, won the race in an impressive 7.02 seconds, an early world-leading time and lowered her previous personal best time of 7.04 seconds she registered at World Indoor Championships.

It’s clear that Thompson has signalled her intentions for what could be another impressive season. Her performance in a positive 0.7 metres per second wind speed bettered the previous world-leading time of 7.17 seconds clocked by American English Gardner at an Indoor Grand Prix in Boston earlier yesterday.