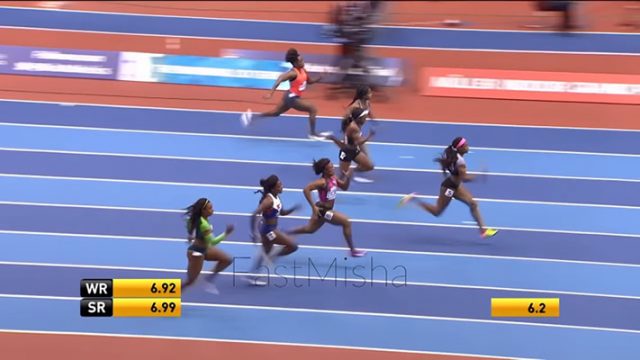 The 24-year-old, who opened her 2017 last week after winning an outdoor 60m race at the 16th staging of the Queens/Grace Jackson Invitational Meet at the National Stadium in Kingston, won the race in 6.98 seconds. Her Jamaican teammates Gayon Evans and Christania Williams finished second (7.17) and third respectively, with Williams clocking a new personal best of 7.18.