I AM A JAMAICAN
Home Sports Skip Marley, Bob Marley’s grandson, Performance with Katy Perry at The Grammys 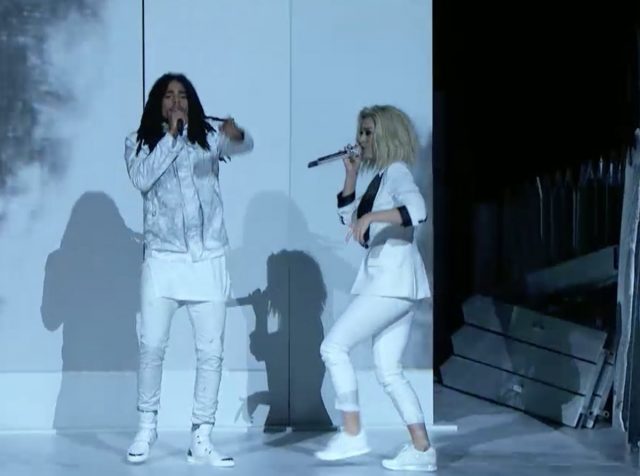 She teamed up with Marley last week to release her new Reggae disco track.

#GRAMMYs: @KatyPerry wears a 'Persist' armband during her 'Chained to the Rhythm' performance https://t.co/ruIyRemXev pic.twitter.com/0atPFDqBq9

Watch the lyric yideo and listen the full song.