I AM A JAMAICAN
Home Sports CARIFTA Games 2017: Day 1 Schedule 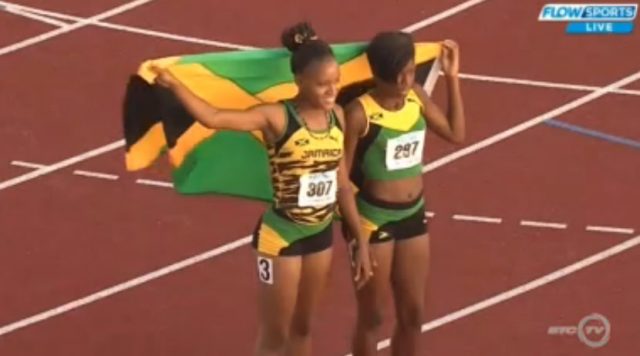 More than 600 athletes have converged on the Dutch island of Curacao for the 46th Flow CARIFTA Games, an athletics competition for U18 and U20 athletes, which kicks off today in the capital Willemstad.

Athletes from more than 25 countries will compete at the Ergilio Hato Stadium from 15-17 April in the latest edition of a competition deeply steeped in the region’s sporting history and tradition. Stay tuned updates. 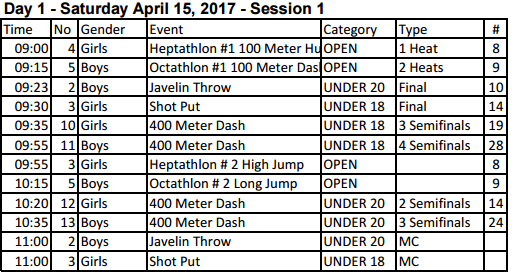 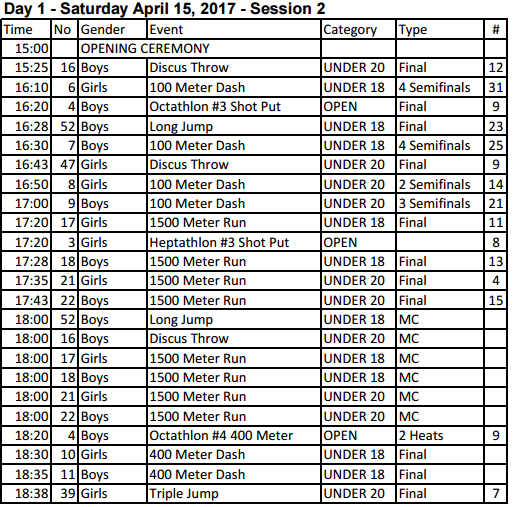 Many of the Caribbean’s biggest stars, past and present, made their international debuts at the event, including Usain Bolt, Veronica Campbell-Brown, Kim Collins, Pauline Davis-Thompson, Kirani James, Keshorn Walcott and Shaunae Miller-Uibo, among many others.

The competition will kick off a historic and action-packed week for the sport in the Caribbean region, which will reach its climax at the IAAF World Relays Bahamas 2017 in Nassau on 22-23 April.