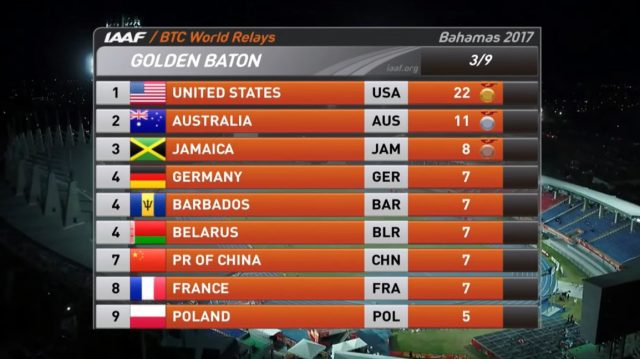 Jamaica sits in third place on the Golden Baton points standings with 8 points at the end of Day 1 of IAAF World Relays at the Thomas Robinson Stadium in Nassau, Bahamas on Saturday.

Team JA earned the 8 points after only competing and winning gold in one of three finals, the women’s 4x200m relay event.

The team who accumulates the most points after all nine finals, based on the simple scoring system of eight points for a first-place finish, down to one point for finishing eighth, will be awarded the golden baton.