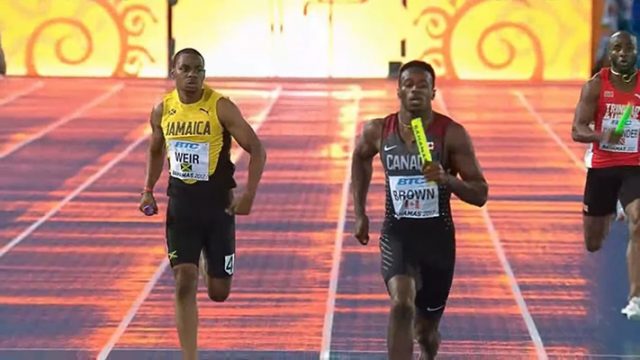 Jamaica’s Men’s 4x200m relay team has qualified for final of the IAAF World Relays tonight. Watch the race below.

The team, Nickel ASHMEADE to Chadic HINDS to Oshane BAILEY to Warren WEIR, finished second in a time of 1:22.01 behind Canada, who won the event in 1:21.11.