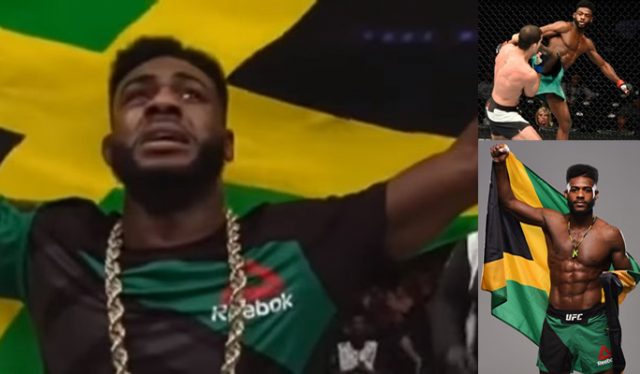 Jamaican Aljamain Sterling defeated Brazilian Augusto Mendes via unanimous decision on Saturday at UFC in Kansas City, Missouri. The judges’ scores were 29-28 across the board.

Sterling feinted with kicks to keep Mendes from reproducing his first-round success. But Aljamain Sterling’s mixed martial arts skills were on point, as usual.

“I started off slow, then I started to pick it up a bit,” Sterling said. “It feels good, it feels good to get the monkey off my back and let these guys know I’m still here. I want a top-5 opponent next.”

Aljamain Sterling speaks to the media at UFC about his decision victory over Augusto Mendes, his discontent with judging in MMA, snapping his two-fight skid, and much more.

Now back in the win column after a pair of losses, Sterling should be buoyed by his all-around performance after admitting doubts about his style. Mendes goes back to the drawing board after an upset of Frankie Saenz in his previous outing.