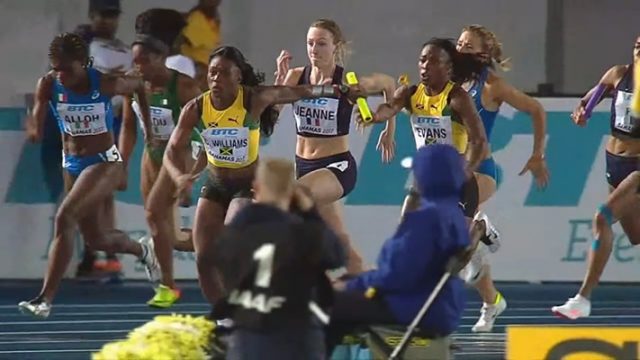 Jamaica’s Women’s 4x100m relay team has qualified for final of the IAAF World Relays tonight. Watch the race below.

The team, Simone FACEY to Natasha MORRISON to Gayon EVANS to Christania WILLIAMS, finished second in a time of 43.22 behind Germany, who won the event in 43.04.