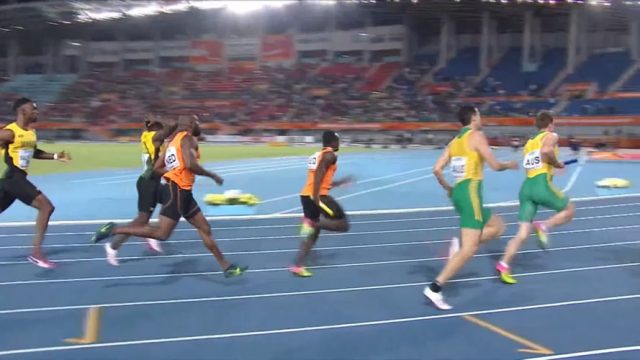 Jamaica’s Men’s 4X100m relay team failed to qualify for the finals after dropping the baton on an opening day of IAAF/BTC World Relays.

The Netherlands won the event in 38.71 and Chinfinisheded second in 38.97 to qualify for the finals later tonight. Here are the team who will line up in the finals.