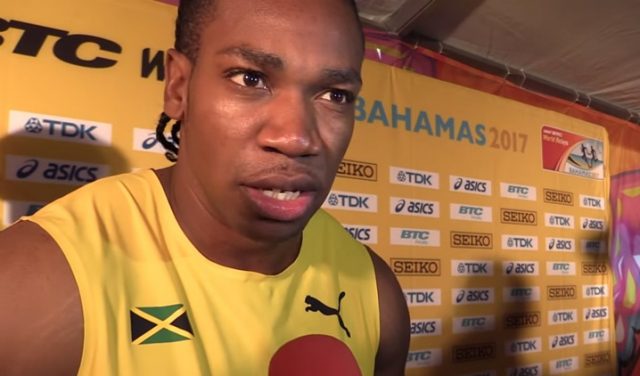 Yohan Blake voiced his disappointment after Jamaica dropped the baton and failed to finish in the heats of the men’s 4×100 metres at the IAAF World Relays at the Thomas Robinson Stadium in Nassau, Bahamas last night.

Blake, the team captain for Jamaica’s IAAF World Relays team, said that he is happy that everyone is healthy after last night’s mishap but thinks that Jamaica is making too many simply mistakes in selecting an effective Men’s 4x100m relay team for this meet.

The Netherlands won the event in 38.71 and Chinfinisheded second in 38.97 to qualify for the finals later tonight. Here are the team who will line up in the finals.

The US team, anchored by Justin Gatlin, executed their final changeover with precision, won the gold to retain their title in 38.43, with Barbados taking second in 39.18, marginally in front of Australia (39.22).

In the final, all eyes were on two teams – Canada and the US – as sprint heavyweights Justin Gatlin and Andre De Grasse awaited the baton expecting, as they did in the heats, to go toe-to-toe in a homestretch duel.

But then it all fell apart, at least for the Canadians. Second leg runner Aaron Brown managed to get the baton into the hand of teammate Brendan Rodney, but only for a fraction of a second. As he swung his arm through it slid from his grasp, their hopes of getting one over on their US rivals sliding away with it.