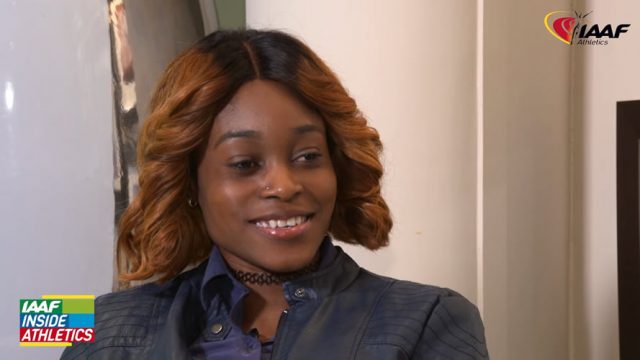 Double Olympic sprint champion Elaine Thompson shares her inspirations and experiences during her rise to fame in an exclusive interview in the latest IAAF Inside Athletics uploaded today.

In the candid interview done late last year, the 24-year-old shares her experiences of her silver medal finish in an epic 200m showdown with Dafne Schippers at the 2015 World Championships, her performances in Rio, where she took both the 100m and 200m titles, was the first women’s Olympic sprint double victory in 28 years. She also shares what’s it is like being the world’s top female sprinter.

The new golden girl has brought her superb gold-medal-Rio-form into the 2017 season. She has been dominating the diamond league series so far, winning the women’s 200m in Doha, the 100m in Shanghai. Then recently won the 200m at Jamaica International Invitational, an IAAF World Challenge meeting, on Saturday (20) in Kingston.

Elaine Thompson, Dafne Schippers, Tori Bowie and Allyson Felix are expected to compete in the women’s 200m at the Eugene Diamond League on May 27, next leg of the Diamond league series.