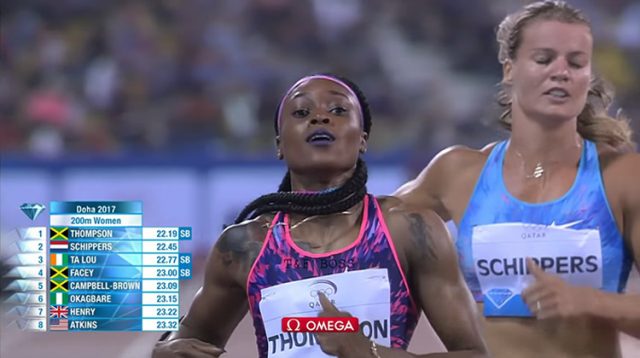 Elaine Thompson beats her biggest rival Dafne Schippers in their first 200m head to head this year at the Doha Diamond League on Friday. Watch the race below.

Thompson, the Olympic champion, won the race win race in 22.19 seconds to beat Schippers, the reigning World Champion, who finished second in 22.45.