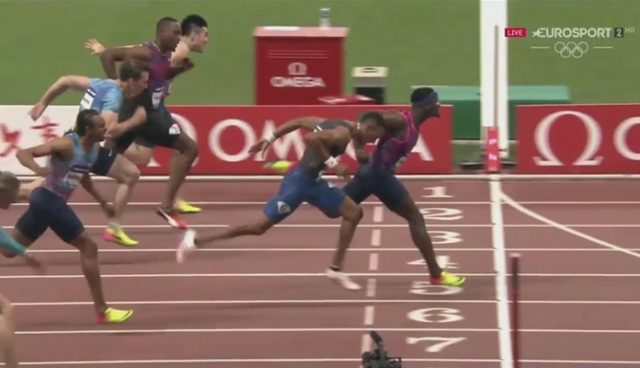 Omar McLeod won the men’s 110m Hurdles, beating his biggest rival, the Olympic silver medallist, since Rio at the Shanghai Diamond League in China. Watch the race below.

McLeod, the Olympic champion, won the race in 13.09 ahead of Orlando Ortega, the Olympic silver medallist, who finished in 13.15.

Jamaican Hansle Parchment, who missed out on the Rio Olympics due to injury but is now back to full fitness, finished fourth in 13.35.

Last week, Olympic gold medalist Omar McLeod of Jamaica set a new Drake Relays Record and world-leading time in the Men’s 110m Hurdles Elite with a time of 13.04, breaking his own record.