I AM A JAMAICAN
Home Sports Usain Bolt No. 7 on ESPN’s list of world’s most famous athletes 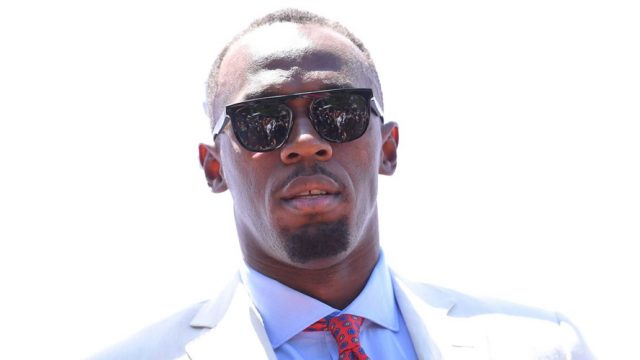 Being the world’s greatest sprinter of all time is a pretty big deal. Dr. the Honourable Ambassador Usain Bolt, OJ, currently ranks among the Top 10 most famous athletes on the planet, according to the latest comprehensive ESPN ranking. View the list below.

The 30-year-old icon, who will be honoured at the 2nd annual Racer Grand Prix where he will compete on Jamaican soil for the last time on June 10, is rank number 7, up from 15 last year, according to the ESPN World Fame 100 rankings released on Tuesday. Bolt will also record his highly anticipated season opener at the track meet dubbed “Salute to a Legend.”

The sports network notes that its director of analytics, Ben Alamar, compiled the second annual rankings using a formula that includes such variables as endorsements, social media followers and Internet search popularity.

The ESPN list may not settle any arguments about the GOAT, but it’s sure to spark some debate.

Using that formula, ESPN determined that the most famous athlete in the world is … Real Madrid star Cristiano Ronaldo. NBA stars also made the list including LeBron James at No. 2, Kevin Durant at No. 8 and Stephen Curry at No. 11.

Among the four major North American pro sports leagues, the NBA led the way, placing 13 players on the list. On the other hand, Major League Baseball fared poorly, with no players among the top 100. Tom Brady (No. 21) was the highest ranked of eight NFL players on the list.

Bolt has won eight Olympic gold medals in the 100-meter dash, 200-meter dash and the 4×100 relay, the most for any sprinter (it would have been nine if a 2008 Jamaican relay teammate hadn’t failed a doping test), and holds the world record in the 100 (9.58 seconds) and the 200 (19.19). Bolt, 30, will get considerable attention this summer during and after the world championships in London, which he has said will be his final competition.