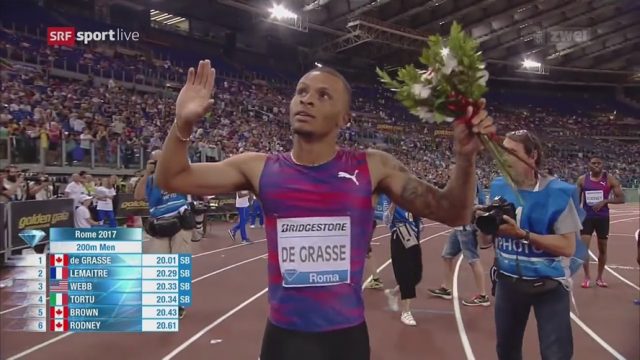 In an interview this week, Andre De Grasse said he has a ‘great chance’ to beat Bolt at the World Championships in London this August. “I’m trying to win this year. I feel like I have a great chance and that’s what I want to do,” De Grasse told The Associated Press.

Usain Bolt is planning to run the 100m and 4x100m at the World Championships, according to his manager, Ricky Simms.

Andre De Grasse became the first Canadian sprinter to win three medals in a single Olympics. He won the silver in the 200m at the Olympics in Rio de Janeiro, the bronze in the 100m and anchored Canada to a bronze medal in the 4×100 relay.