I AM A JAMAICAN
Home Sports Captain Horace Burrell is dead :Reports 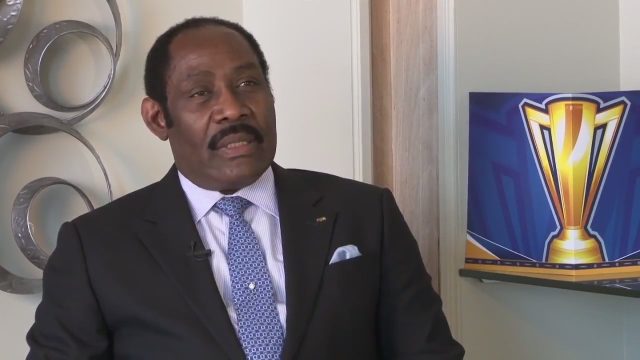 President of the Jamaica Football Federation (JFF), Captain Horace Burrell, has died. Burrell was 67 years old, according to local media.

Burrell, who died today, was known to be battling cancer since last year. Burrell, born February, 8, 1950, has been ill for the past year and was undergoing treatment at the Johns Hopkins Cancer Treatment Center in Baltimore, Maryland. He is survived by his children, daughter Dr. Tiphani Burrell-Piggott, sons Romario Burrell and Jaeden Burrell.

The family of Captain Burrell wishes to thank the many well-wishers who took the time to offer get-well wishes and support during the period of his illness. Details relating to the memorial service to celebrate his life will be announced via the media in due course.

Founder of the Captain’s Bakery and Grill and Captain’s Aviation Services which he founded in 1995 and 2008 respectively, Captain Burrell, served as President of the Jamaica Football Federation between 1994 and 2003, and from 2007 until his transition today. He led Jamaica’s football programme with exemplary distinction and was the chief architect for Jamaica’s historic qualification to the FIFA World Cup in France 1998.

Under his leadership, Jamaica also qualified for three FIFA youth World Cup tournaments: Under 17 New Zealand 1999, Under 20 Argentina 2001 and Under 17 Mexico 2011.

Captain Burrell was bestowed the Order of Distinction (Commander Class) by the Jamaican Government and the FIFA Order of Merit for outstanding service to football.