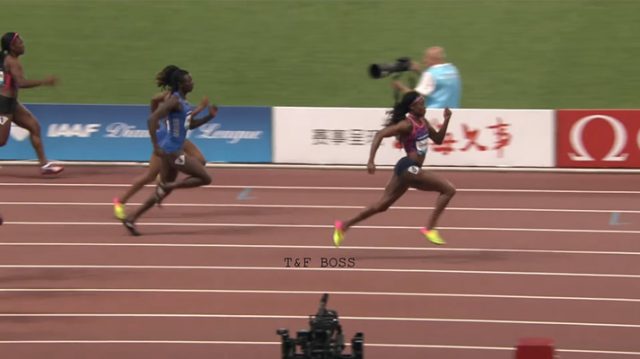 Elaine Thompson will head to the highly anticipated Paris Diamond League tomorrow with a world-leading time she set at the Jamaica Champions on June 23.

The double Olympic champion’s progression leaves no doubt that she poised to dominate at the IAAF World Championships London 2017 in August. Here’s are videos of Elaine Thompson’s 100m races of the season ahead of tomorrow’s Paris Diamond League starting with her first race:

“I’m really satisfied with this time,” said Thompson, who came within 0.01 of her lifetime best set last year. “I was happy to come out here and go through the rounds smooth and healthy.”