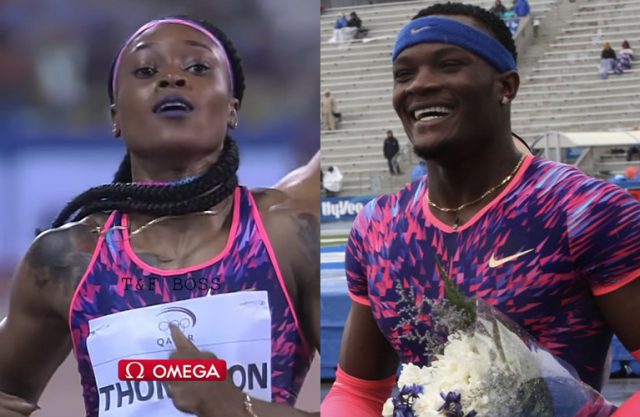 Thompson, who recently ran the fastest time of the season (10.71, just 0.01 slower than her personal best) on June 22 at the Jamaica National Senior Championships in Kingston, will compete in the Women’s 100m.

She’s expected to face off against two Ivorian sprintresses Murielle Ahoure, who ran 10.83 this year, and Marie Josée Ta Lou (11.03). American Morolake Akinosun with a season-best time 10.98 will also join them.

Omar McLeod, who has run five times under 13.10 and the fastest of time the year setting a new national record of 12.90 on June 24th at the Jamaica Championships in Kingston, will line up in the Men’s 110m Hurdles.

McLeod will be challenged by his Jamaican compatriot Ronald Levy, who finished second at the Jamaica Championships (13.10); the American Devon Allen (13.11) as well as the new South African record holder Antonio Alkana with 13.11 second.

In Men’s 200m, Rasheed Dwyer will compete against the new stars of the American sprint, Ameer Webb, crowned champion of the United States on June 25  and Christian Coleman, who was the runner-up with a time of 20.09 against a wind measured at -2.3 meters per second.

Sherika Jackson, Novlene Williams-Mills, and Stephenie Ann McPherson will all line up in the Women’s 400m.