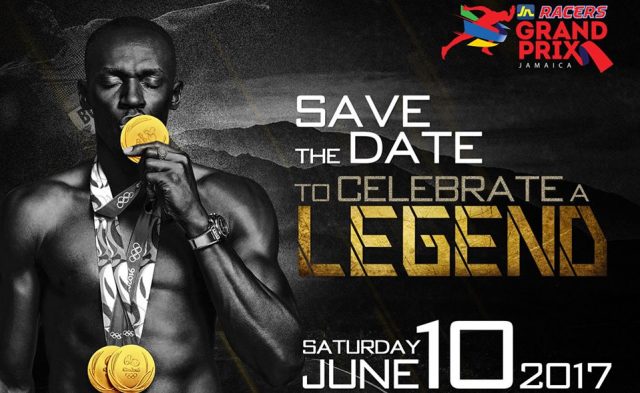 Usain Bolt will be honoured at could be an emotional 2nd annual Racers Grand Prix at the National Stadium in Kingston this Saturday, June 10.

Jamaica welcomes the world to the highly anticipated track event, which will be hosted under the theme ‘Salute to the Legend’, to honour the career of the athletics icon, the greatest-ever sprinter, who will be retiring at the end of this season.

It may be the last opportunity for many Jamaicans to see Usain Bolt run in a local competitive race and also to say thanks and farewell to the legend before he hangs up his spikes after the World Championships in London August ‎4–13.

Some of the world’s finest athletes have arrived in Jamaica this week to compete and pay homage to the legend, including world record holders South African Wayde van Niekerk (400m) and Kenyan David Rudisha (800m). Bolt’s very good friend Somalian-born Mo Farah of Britain will also be in action.

With the help of the Government of Jamaica and sponsors, the Racers Track Club will pay tribute to its most outstanding athlete to date, Usain Bolt, a 9-time Olympic champion, 11-time world champion and the world record-holder for the 100 and 200 metres.