I AM A JAMAICAN
Home Sports Usain Bolt wins 100m in 10.07 at Ostrava Golden Spike meet 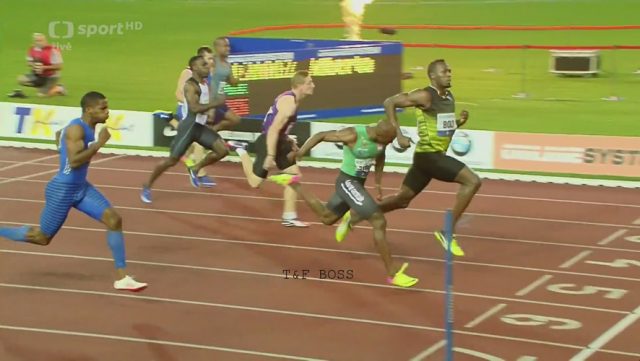 Usain Bolt won his second race of the season in a time of 10.07 at the Ostrava Golden Spike meet, winning head his ninth Golden Spike trophy. Watch the race below.

After a shaky start, Bolt worked got into winning form in the last 40m of the 100m race to win ahead of Cuba’s Yunier Perez, who finished second.

Bolt opened his final track season with a winning time of 10.03 on June 10th at the Racers Grand Prix at the National Stadium in Kingston.

Usain Bolt will run the 100m at the Diamond League meeting in Monaco on July 21.

Bolt says he will only compete in the men’s 100m event at the upcoming London World Championships in August.