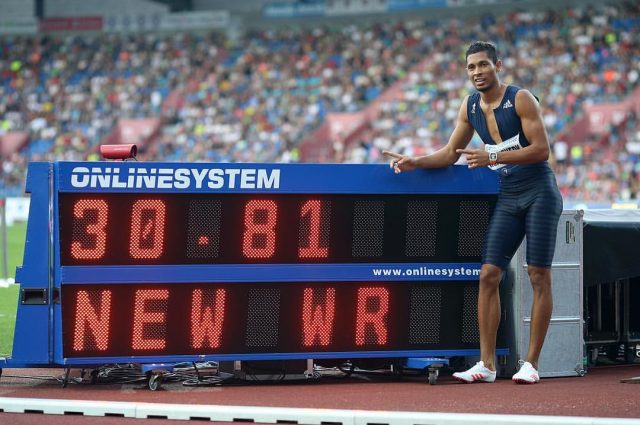 The South African smashed the 17-year-old record with a time of 30.81. Michael Johnson set the 30.85 record in 2000 in Pretoria, a city in the northern part of Gauteng Province, South Africa. This leaves Usain Bolt as the third fastest athlete to run over that distance. He recorded a time of 30.97 in May 2010 at said Golden Spike meet in Ostrava.