I AM A JAMAICAN
Home Sports Yohan Blake Wins 100m in 9.90 To Become National Champion 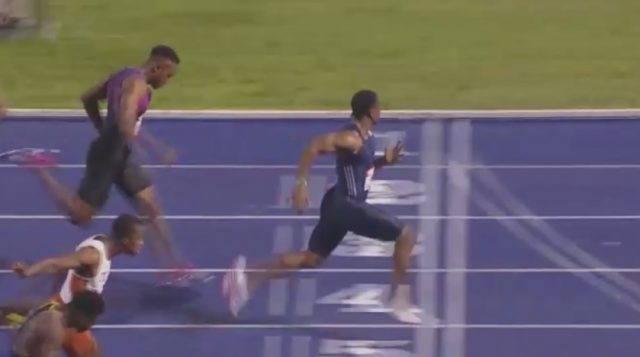 Yohan Blake defended his National 100m title at the Jamaica National Senior Trials on Friday in the National Stadium in Kingston.

Yohan Blake ran a strong race to win the Men’s 100m final in 9.90, his third consecutive victory so far this season. Julian Forte and Senoj-Jay Givans finished second and third respectively in a time of 10.04 and 10.04.

The Jamaican Senior Championships is used to select the national team to represent and compete at the IAAF World Championships London 2017 in August.

On May 20, 2017, Blake clocked 9.93 at the Jamaica International Invitational (JII) at the National Stadium in Kingston then ran 9.97 at Racers Grand Prix on June 10. He clocked 9.95 to win at the 2016 National Senior Championships.