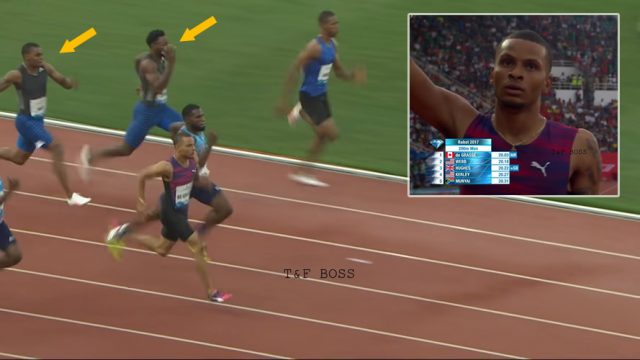 Jamaica’s Rasheed Dwyer and Warren Weir struggled to sixth and seventh in 20.43 (+0.4 m/s) and 20.48s respectively in the men’s 200m at the Rabat Diamond League in Morocco.

Andre de Grasse fell just short of his sub-20 goal, but he did manage another Diamond League 200m win in 20.03, another meeting record.

Running even with US champion Ameer Webb midway through the turn, de Grasse pulled ahead as they entered the home straight. Just as Webb appeared ready to find another gear, de Grasse found his own to pull away convincingly.

The men’s 100m quickly turned into a fierce two-way contest, with Chijindu Ujah of Great Britain holding off Ben Youssef Meite to win in 9.98, a season’s best and meeting record just 0.02 shy of his lifetime best.