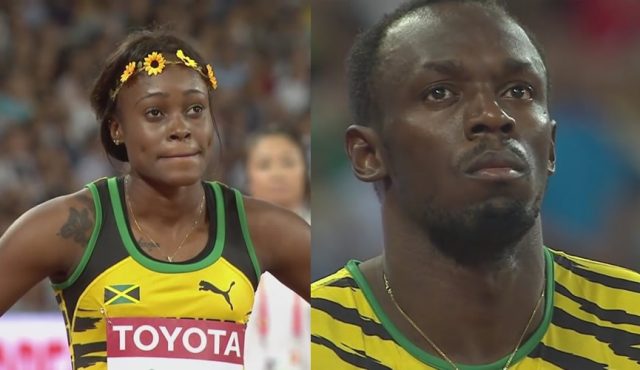 The legend Usain Bolt, Rio Olympic gold medallists, Elaine Thompson and Omar McLeod along with defending 100m hurdles world champion Danielle Williams, have been named among a list of 56 athletes consisting of 27 males and 29 females selected for the London World Championships set for August 4-13.

With Jamaica sending a larger team than the 2015 world championships, it is expected that the team can surpass the 12 medals earned at the 2015 Beijing World Championships.

Bolt will only be competing in the 100m and a weakened 4x100m relay team that will be without the ‘Sub-10 king’, Asafa Powell, who has not recovered in time to prove his fitness after withdrawing from the Senior Championships.

Sprint Queen Elaine Thompson will lead 28 other females into action in what is really a team in transition without the likes of Veronica Campbell-Brown, Shelly-Ann Fraser-Pryce, Sherone Simpson or Kerron Stewart.

Jamaica will be well represented in the field events with Fedrick Dacres highly touted for a medal in the discus and O’Dayne Richards in the shot put.