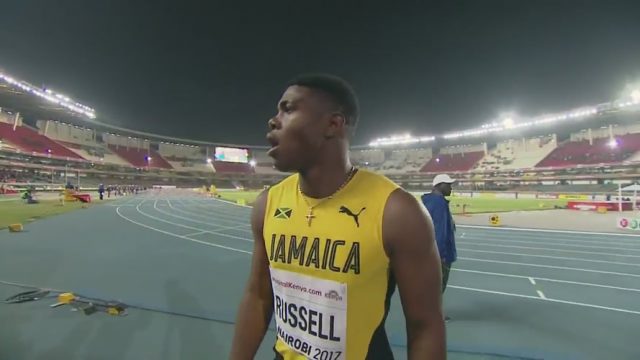 De’Jour Russell streaked away from the field to take 110m Hurdles gold at the IAAF World U18 Championships Nairobi 2017 at the Kasarani Stadium.

Russell stormed over the hurdles to the finish line in 13.04, a new personal best, smashing his championship record of 13.08 he set yesterday. In the semi-finals he smacked one hurdle to win and advance to the final.

Chinese Taipei’s Hao-Hua Lu, who was second in 13.41, and Thomas Wanaverbecq of France, who claimed bronze with 13.55.