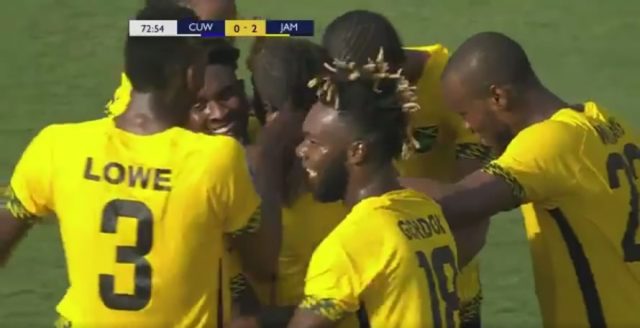 The Reggae Boyz have kicked off the 2017 CONCACAF Gold Cup with an exciting start, defeating Curacao in their first match of the competition on Sunday at the Qualcomm Stadium – San Diego, California.

After some poor performances in the challenging first half, Romario Williams and Darren Mattocks scored two goals for Jamaica in the second half of the match.

58′ Romario Williams, assisted by Je-Vaughn Watson, blasted the ball near post for the opening goal of the match against Curacao.