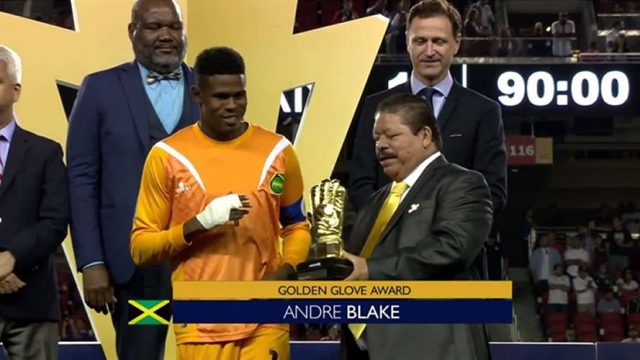 Jamaican goalkeeper Andre Blake was awarded the Golden Glove at the final of the 2017 CONCACAF Gold Cup after the USA 2-1 defeat. at Levi’s Stadium on Wednesday night.

Blake is the first Jamaican to receive the Golden Glove at the CONCACAF Gold Cup. Blake has been, indisputably, the best goalkeeper in this tournament and has underlined his credentials for straight-up MVP.

Jamaica suffered a devastating loss when Andre Blake — the tournament’s top goalkeeper — was forced from the match with an injured right hand.