I AM A JAMAICAN
Home Sports Kevona Davis Wins 100m Bronze, Injured at World U18 Championships 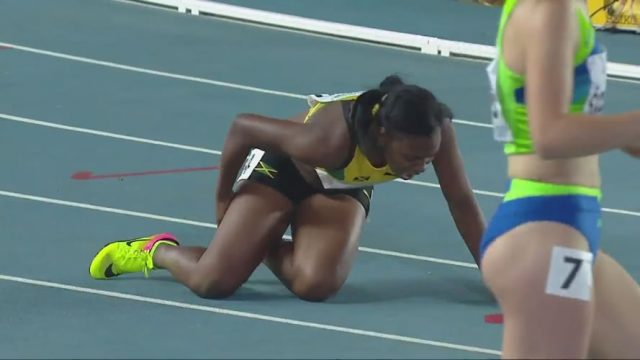 Kevona Davis, the 15-year-old rising star, won the 100m bronze medal for Jamaica after suffering a hamstring injury at the IAAF World Under 18 Championships Nairobi 2017 at the Kasarani Stadium.

Davis, the big favourite, finished third in 11.67 — 0.05 behind the top two. Mizgin Ay of Turkey won the gold medal with a time of 11.62. Magdalena Stefanowicz took the silver with the exact same time as the winner.

Kevona Davis got left in the blocks, but never mind, she won it easily in 11.45 second, Mizgin Ay of Turkey came in second in a time of 11.57. Tami Scancar of Slovenia also qualified.