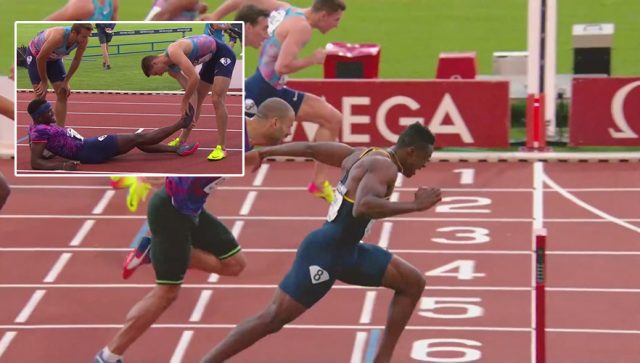 Ronald Levy won the men’s 110m hurdles final at the highly anticipated Paris Diamond League after finishing third in the second series of the qualifying round earlier.

Levy stormed over the hurdles to the finish line in 13.05, a new personal best. Britain’s Andrew Pozzi finished second in 13.14. After running 13.13 to win the qualifying round, Omar McLeod lost his form and finished last in the final in a time of 13.41.

Jamaican Hansle Parchment failed to qualify for the men’s 110m final after finishing fourth in the qualifying round with a time of 13.41.

Omar McLeod has run five fast times under 13.10, and the fastest of time the year setting a new national record of 12.90 on June 24th at the Jamaica Championships in Kingston.