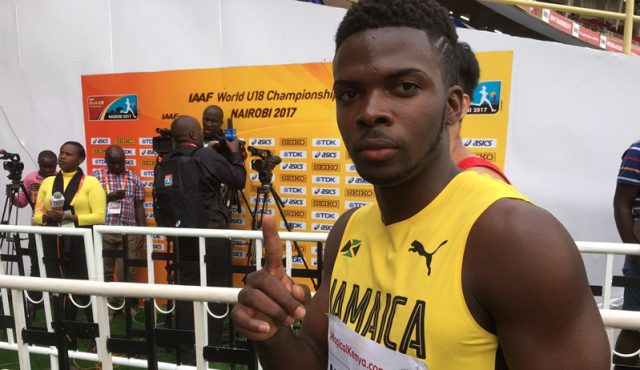 Tyreke Wilson has won the men’s 100m bronze medal on Wednesday, the opening day of the IAAF World Under 18 Championships Nairobi 2017 at the Kasarani Stadium.

South Africa had never won a medal in the 100m at the IAAF World Youth Championships before — now they have two. Here are the official results.

Jamaica selected 24 athletes to compete at the IAAF World Under 18 Championships Nairobi 2017 on 12-16 July.