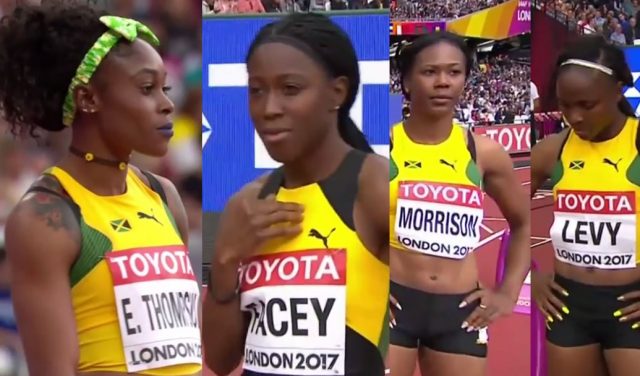 Elaine Thompson, Natasha Morrison, Simone Facey, and Jura Levy have all qualified for the women’s 100m semifinals during the qualifying round in the morning session of the London World Championships.

Despite being hampered by an Achilles problem to the extent she had to ditch her spikes at last month’s Anniversary Games for a pair of trainers instead, Thompson is confident she can win her first world 100m gold as the world’s fastest woman on Sunday.

Natasha Morrison finished third in heat 6, qualifying for the 100m semifinals along with the winner Daryll Neita of Britain, who won in 11:15.

Jamaica’s  Jura Levy finished third 11.09 in heat 1 behind winner Germany’s Gina Luckenkemper, who was the fastest qualifier for the semifinals with her personal best of 10.95 to win the heat.

Simone Facey qualified as one of the fastest losers of the heats after finishing fourth in Heat 5 with a time of 11.29.